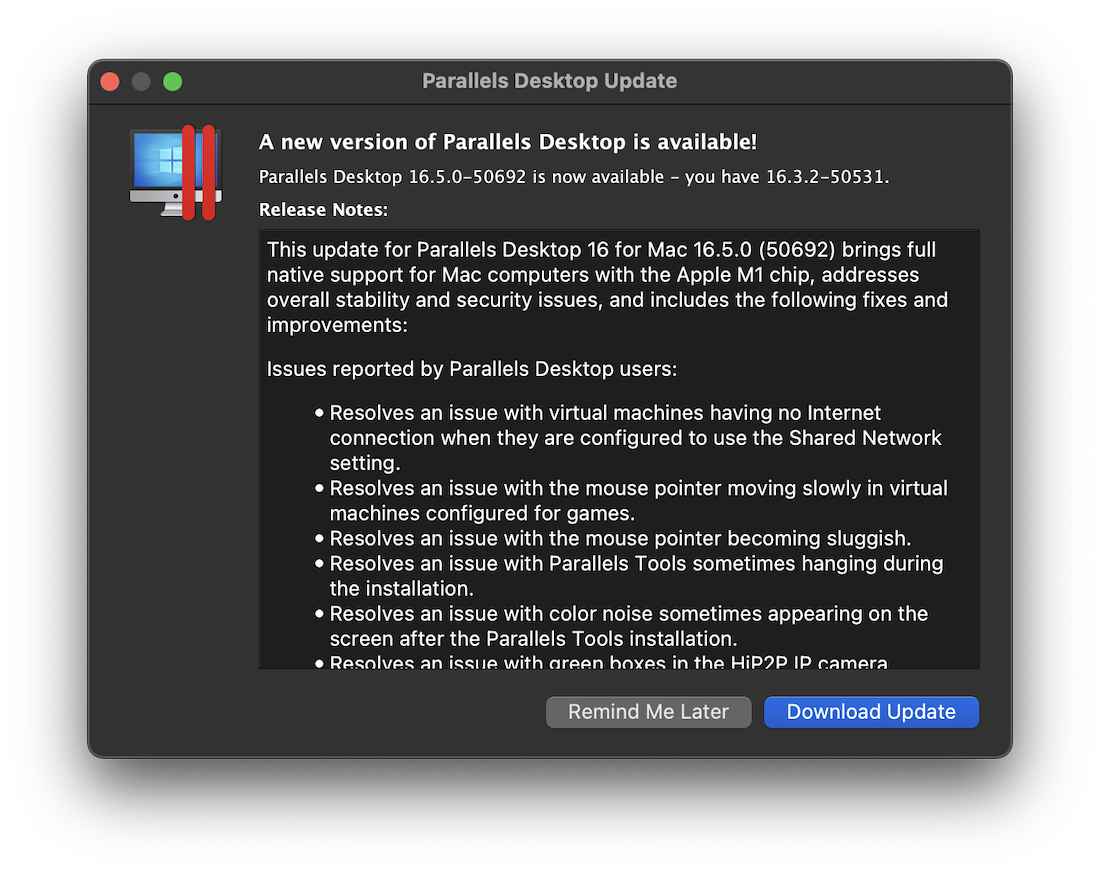 This update for Parallels Desktop 16 for Mac 16.5.0 (50692) brings full native support for Mac computers with the Apple M1 chip, addresses overall stability and security issues, and includes the following fixes and improvements:

If you have any feedback or suggestions for improvements in Parallels Desktop, please share with us on the Parallels forum.